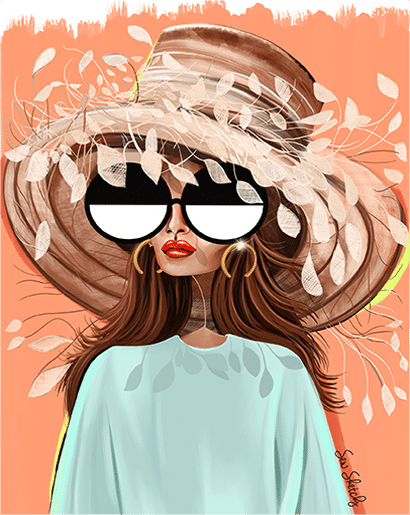 SEW SKETCHY IS A NEW YORK FASHIONISTA WITH A REALLY SASSY ATTITUDE. 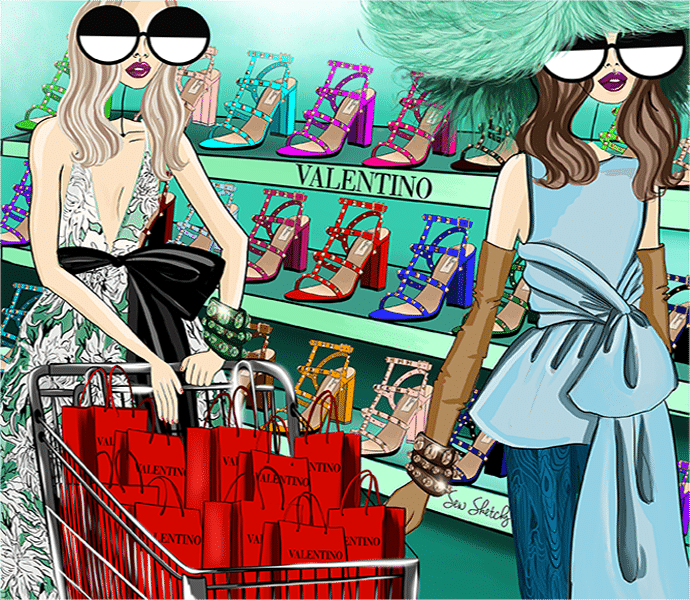 She is an illustrated fashion influencer who loves anything to do with fashion, travel and luxury.

She blames her mother and grandmothers for her expensive taste as they’ve influenced her to thinking that “If you can’t spot a diamond from ten tables away then it’s useless.” Sew Sketchy is a globe trotter who fancies only the best of the best while wearing the latest runway looks.

SHE IS A SARTIRICAL PERSONIFICATION OF THE FASHION GIRL STEREOTYPES YET WHAT YOU READ IS 100% INPSIRED BY HER REAL LIFE. 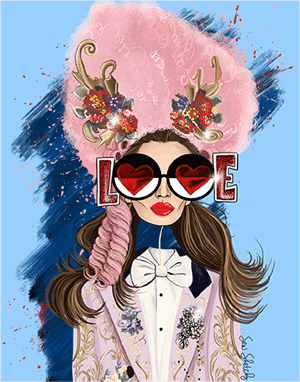 For example: Her idea of camping is staying in the worst room at the Ritz and she’s outdoorsy in that she likes to tan at her pool while watching her grandmothers orchid stylist perfectly place petals to hit the sunlight at the right hour.

She feels her highest form of inner peace knowing people are working around her, hence why she sits in the waiting room at her cosmetologists office. only to have her morning coffee.

HER BIGGEST FEARS ARE CROCS; SHE WILL LITERALLY FLING HERSELF ONTO ON COMING TRAFFIC IF SHE SEE’S A PAIR TO AVOID A TOTAL MENTAL BREAKDOWN

(WHICH SHE IS CURRENTLY WORKING ON DURING HER GONG MEDITATION SESSIONS.) 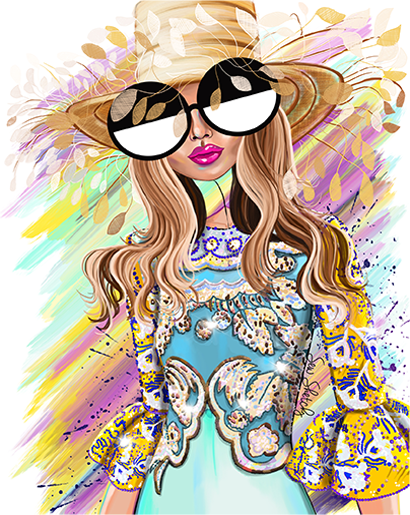 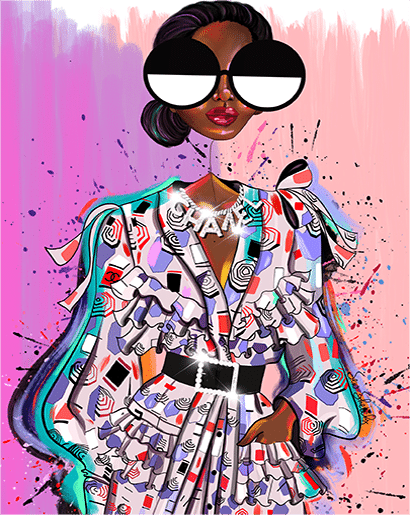 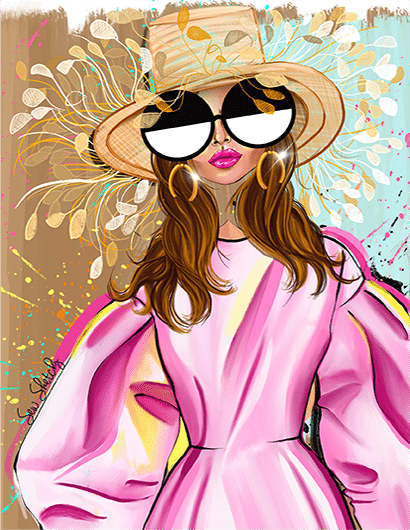 Sew Sketchy’s notoriety amongst the fashion elite has led to collaborations with some of the biggest names in fashion, helping brands tell their stories as she continues to tell hers whether she’s in the french alps or joining a bird watching cult in Bali.

get in touch with Sew Sketchy's Agent 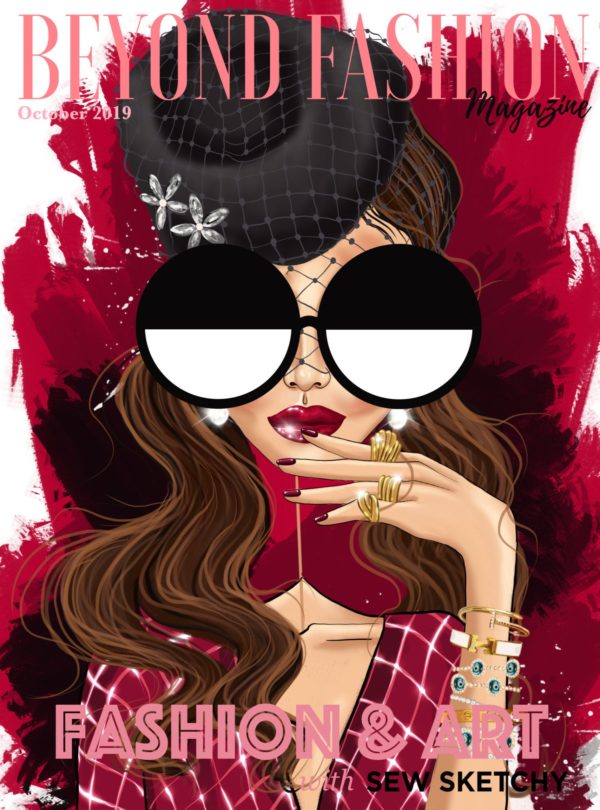 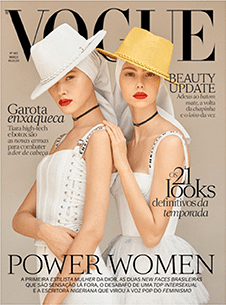 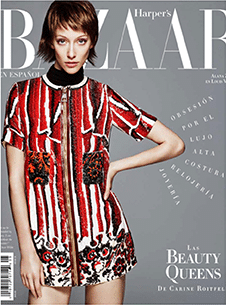 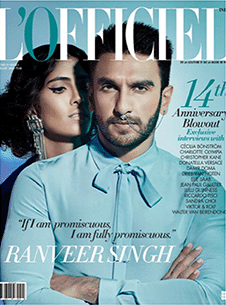 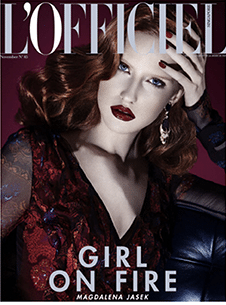